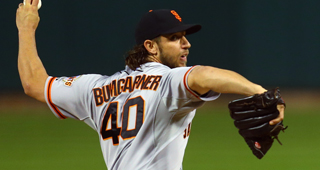 My word, the front offices have been busy. After the top three free agents went off the board during this year’s Winter Meetings bacchanal, you might have thought there’d be a bit of a hangover. Nope. All told, seven of my top-ten free agents have inked contracts. The next phase of the offseason us upon us, and we’ve had our very first marquee trade. Christmas is still a week away. Jesus Christ, y’all. This offseason, the GMs and Presidents of Baseball of Operations have gotten straight to business, which is what we’re going to do now, because I want to talk about not just the biggest deals, but a couple of lesser ones that might have flown under the radar as the GMs unveiled signings like they were opening doors on an Advent calendar.

Kluber has a New Home, Home on the Rangers

The trade that Cleveland fans were freaking out about last offseason finally came to fruition, as GM Mike Chernoff found a team to take Corey Kluber off his hands. The two-time Cy Young winner was one of the biggest reasons that Cleveland has been a contender over the past several years, highlighted (of course) by their World Series appearance in 2016. From 2014 to 2018, Kluber recorded a 2.85 ERA, 2.83 FIP and 32.4 bWAR and was unquestionably one of baseball’s most elite arms.

2019 was a different story for both Kluber and his team, however. After a non-Kluber-like start to the season, he took a line drive to the forearm, only to come back in August and suffer an oblique strain that cost him the rest of his season. He ended the year with just north of 35 innings pitched and a 5.80 ERA/4.06 ERA. For the Indians, they failed to add on to their trifecta of division titles, both because of the loss of key players like Kluber and because they failed to make necessary preseason upgrades, allowing a surging Twins squad to wrest away the AL Central crown.

That, however, is the past, and we’re here to discuss the Indians’ future, which will be one sans one Klubot. In exchange for Kluber’s 2020 season, at the cost of $17.5 million (and an $18 million health and innings-based option in 2021) the Rangers are sending over outfielder Delino DeShields Jr. and RHP Emmanuel Clase. DeShields is a 27-year old who is extremely fast but has failed to be anywhere close to an MLB-average hitter in any of the four seasons since he came in seventh in Rookie of the Year voting back in 2015. Clase is definitely an intriguing prospect, as he throws a cutter over 100 MPH, but he’s just that: An intriguing prospect.

That’s a fairly meager return for a pitcher who’s won multiple Cy Youngs. But maybe Cleveland is right. After all, Kluber is 34 and he’s been losing velocity. This deal could certainly work out for them. If Clase turns into a lights-out reliever, and Kluber is really totally done, then we’ll declare that the Indians were geniuses in hindsight.

But it’s hard to shake the feeling that this is little more than a salary dump, especially when they’re purportedly shopping their other long term MVP in Francisco Lindor and they have yet to sign a single, solitary free agent this offseason. The $17.5 million Kluber is owed is a ridiculous amount of money to me, but it’s not a lot for an ostensibly contending team to pony up for a pitcher who has been one of the best in the business for quite a while.

Which brings us to the Texas side of the ledger. It’s hard to argue with the Rangers’ decision to give Kluber another shot, even if it’s a little weird they seem to be laser-focused on on pitcher reclamation projects when they have plenty of other areas of the roster in need of work (see: third base). But at least they’re trying to field at least a moderately competitive team in a difficult division. Whether or not that’s because of optics, with new ballpark coming next season, or not, it’s definitely a better look than what Cleveland is doing.

Grade for Rangers: B- / Grade for Indians: D

WIth Kluber off the market, ex-Giant (and postseason legend) Madison Bumgarner almost immediately signed a five-year, $85 million deal and is heading to his former division rivals in Arizona. With $15 million in deferred money, this deal is the most clearly team-friendly to go down in an offseason that’s seen teams go after free agents much more aggressively than we’ve become accustomed to recently. But apparently home is where MadBum’s horses are and he was willing to take a paycut to pitch (and rake) in a place he already loves.

That’s not to say this contract, the second largest in Arizona’s history, isn’t without risk. Bumgarner may only be 30, but he has a whole lot of mileage on his arm, thanks to being an absolute workhorse in San Francisco since his first full season in 2010. MadBum just had his worst full season by ERA (3.90) and bWAR (2.5), but, as long as he stays away from dirtbikes (and doesn’t get thrown off one of those horses), he’s good for over 200 innings of above-average to great pitching, at least for now, and assuming the move to a more hitter-friendly ballpark doesn’t hurt his bottom line too much.

When you consider the actual less than $15 million AAV? It’s hard to argue with the Diamondbacks’ decision to sign Bumgarner. The NL West isn’t exactly up for grabs, given that the Dodgers still rule the roost. But they’ve had a very, very quiet offseason so far. The Giants’ decision to let Bumgarner walk serves as a reminder that they’re going to sit the immediate future out. The Padres are a tantalizing young team, for sure, but they finished last in the division last year. The Rockies? I dunno, you tell me. I moved to Denver four months ago and, anecdotally, everyone I talk to just says that they’re waiting for the hammer of an Arenado trade to drop.

The D-Backs have Robbie Ray (assuming he isn’t traded, a perhaps an even more appealing option now that Arizona took the best lefty pitcher available off the board), Luke Weaver, Zac Gallen and Merrill Kelly. That’s already a compelling collection of pitchers before they added Bumgarner. And he is, by all accounts, a consummate gamer (and notorious red ass), who will do whatever it takes to get his team a W. Whether that’s something you can back up with stats is something we may never know, but his postseason record is pretty impeccable and it’s hard to argue with GM Mike Hazen’s decision to snag Bumgarner at a reasonable cost.

Grade for Diamondbacks: B+ / Grade for Bumgarner: A (for All the Pretty Horses)

RHP Blake Treinen was a largely excellent reliever from 2014 to 2018, especially so in 2018, when he put up a ridiculous 0.78 ERA and 1.82 FIP. Unfortunately, he became a parable about the fungibility of relievers last season, as he posted a 4.91 ERA and 5.14 FIP while all of his peripherals went to hell. That resulted in the A’s non-tendering him and now he’s signed a one-year, $10 million bounceback deal with the Dodgers, the only deal Los Angeles has made to date.

The Dodgers’ had some issues in the pen last year, so it’s hard to argue with them purchasing a fairly expensive lottery ticket with the potential payout that’s on the line. Treinen, on the other hand, is definitely a much richer man than he would have been had the A’s not cut him and is getting another chance to prove himself and lock down a long term deal. But the grade below only applies to this singular deal, because the Dodgers still have a little work to do if they’re going to keep up with the other top-tier teams this offseason.

Grade for Dodgers: B+ / Grade for Treinen: A

Reds Wade into a Miley Contract

I thought pretty highly of Houston’s under-five-million, one-year deal to Wade Miley last offseason. It more than worked out for most of the year, as Miley notched a 3.06 ERA through the end of August and 28 starts. In September, though, things went south quickly, to the tune of 21 runs in 11 innings (16.68 ERA) and Houston didn’t carry him on their postseason roster.

The Reds decided to focus on the first five months of the season, signing Miley to a two-year, $15 million deal with a club option for 2022 that could, along with bonuses take the value of the deal up to $24 million over three seasons. Assuming that the end of the season was a hiccup, and it wouldn’t be unreasonable to expect that Miley was suffering some fatigue at the end of the year, given the injuries that limited him to 80 innings in 2018, the Reds have an under-the-radar excellent rotation next year, with Miley joining Trevor Bauer, Sonny Gray, Luis Castillo and Anthony DeSclafani. The price is reasonable for Cincinnati, and Miley got a multi-year deal. Another win for everyone.