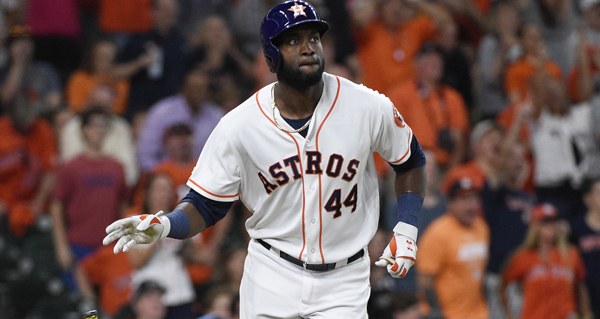 With over 5,000 baseball games played since late Match, the great month of October is finally here and it’s time for the fate of the teams that have made it to the dance to be decided in just a handful of games. With the AL Wild Card Game behind us, we can move on to breaking down the American League Division Series. If you’re looking for background, statistical analysis and some players and storylines to watch over the next week, we have you covered.

It shouldn’t surprise you to learn this will be the first postseason meeting of these two teams, given that Houston just moved to the AL in 2013. Houston was still in full on tank-mode that year and it was Tampa’s most recent trip to the postseason. While there’s not a lot of postseason history to work with, there’s one very familiar face for Houston fans: pitcher Charlie Morton, who got the win for Tampa in last night’s Wild Card Game and closed out the final four innings of Houston’s World Series victory in 2017.

Looking at 2019, Tampa won the season series 4-3, with Houston going 2-1 at home and 1-3 at the Trop. Houston may have outscored them 40-27 over those seven games, but that’s largely the byproduct of a 15-1 Astros blowout in late August. Houston has never won a season series against Tampa since they came over to the AL and they’re probably not looking forward to playing in Florida, where they’ve gone 9-18 all time.

Houston had both the best record in baseball and the best run differential (+280). While Tampa’s +113 run differential is less than half of Houston’s, there’s a silver lining in the overall numbers for Tampa fans. The Rays only allowed 4.05 runs per game, which was the third best mark in MLB, coming in just behind Houston’s second-place 3.95 runs per game. The Rays scored way less runs per game than Houston (5.68 vs. 4.75), but Tampa fully embraced the mantra that “the best offense is a good defense” and they didn’t need to score as many runs to win 96 games.

The real question is whether all that run prevention will keep the Astros’ offense off the board, because this is one of the greatest offenses of all time. Houston’s lineup as a whole hit .274/.352/.495 for a 125 wRC+ that is the best mark since the notorious 1927 Yankees. The lineup’s 40.8 fWAR is the 11th highest mark in the history of baseball. The lineup is notoriously difficult to strike out (18.2 K%, 1st in MLB) and they walk more than any other team (10.1 BB%), but they haven’t traded that in for power loss, as they rank third in home runs (288) and have seven hitters who notched at least 20 dingers.

While we already mentioned that run-scoring wasn’t as strong of an asset for Tampa as their run prevention, their offense might be one of the more underrated ones in baseball. While the team’s .254/.325/.431 (102 wRC+) is far from as impressive as Houston’s, they’ve put together an above-average lineup with nary a star in sight.

The closest thing they have would, I suppose, be outfielder Austin Meadows (.291/.364/.558, 142 wRC+, 4.0 fWAR). A 2013 first round pick by the Pirates, his bat hadn’t developed as they’d hoped and he came to Tampa in a Chris Archer trade. The change of scenery worked and now the deal looks ridiculously lopsided in Tampa’s favor. This, after all, is what Tampa does.

Their second most valuable hitter, Tommy Pham (.273/.369/.450, 121 wRC+, 3.3 fWAR) arrived via trade from the Cardinals last year. Ji-Man Choi (.261/.363/.459, 121 wRC+, 1.9 fWAR) from the Brewers. We could go on and on. The point is that the Rays have built a very efficient machine lacking in lineup holes and, while they don’t have a Bregman or Altuve, they have a collection of hitters who can do some damage up and down the lineup, as evidenced by their 5-1 Wild Card Game win over an Oakland offense with far superior firepower.

The real strength of the Rays was on full display in the Wild Card Game, though: their pitching. Rays starters notched a 3.64 ERA (2nd in AL) and 3.34 (1st in MLB). Perhaps most importantly, in this dinger-laden season, they had the best home run rate in baseball (1.03 HR/9) and only gave up 80 home runs all season, 30 dingers better than the next team on the list.

The aforementioned ex-Astro Morton (3.05 ERA, 2.81 FIP, 6.1 fWAR) has led the charge in a borderline Cy Young season. Blake Snell (4.29 ERA, 3.32 FIP, 2.7 fWAR) isn’t having the Cy Young-winning season he had last year, but he has had stretches of dominance this year and, again, won the Cy Young award last year. The other piece in the Archer trade with the Pirates, Tyler Glasnow (1.78 ERA, 2.26 FIP) only pitched 60 innings this year thanks to a forearm issue, but his four starts in September (1.46 ERA, 2.08 FIP, 0.81 WHIP, 12 IP) were good enough that he’s going to start Game 1 for the Rays. That’s a very good top-three, one that can shut down opposing lineups, even one as good as Houston’s.

Morton will likely miss out on the Cy Young this year to one of his former teammates. Justin Verlander (2.58 ERA, 3.27, 6.4 fWAR) was my pick, but Gerrit Cole (2.50 ERA, 2.64 FIP, 7.4 fWAR) is a perfectly acceptable choice. The Astros top-two are, regardless of who wins it, almost certainly going to finish top-two in Cy Young voting, which is a pretty good start to a five-game series. But Houston also traded for Zack Greinke (2.93 ERA, 3.22 FIP) this summer, which undoubtedly gives them the best top-three the American League.

But if the odds are clearly stacked in Houston’s favor in both the lineup and the rotation, there’s one area where Tampa may at least have a slight advantage. Rays relievers are the best in baseball by ERA (3.71) and fWAR (7.6) and second best by FIP (3.94). Nick Anderson (2.11 ERA, 1.62 FIP), Ryan Yarbrough (3.86 ERA, 3.50 FIP), Diego Castillo (3.08 ERA, 3.59 FIP), and Emilio Pagán (2.31 ERA, 3.30 FIP) give Manager Kevin Cash some excellent options in the late innings. Something to watch, however, is what happens if Snell or Glasnow, who weren’t healthy all season, struggle at all, because this bullpen has also pitched more innings this season than any team in baseball, so there could be some concerns about overwork if the need arises.

The Rays make an extremely interesting challenge for the Astros, despite all of Houston’s strengths. As a native Houstonian, I was rooting for the A’s for reasons both sentimental (I also used to live in the Bay Area) and practical (the A’s were less scary over a five-game series). If the Rays pitchers can limit the damage, as they’ve done all season, there’s no reason they can’t pull off a win in a short series. But it’s also hard to argue with a team as historically good as this year’s Houston Astros are. It makes me seriously nervous that various odds-makers are putting the Astros’ odds at winning the World Series at 33%. This is the MLB postseason and absolutely anything can happen in these small sample sizes. But, as those odds-makers suggest, it’s very hard to bet against a team that’s as talented as this Houston team.