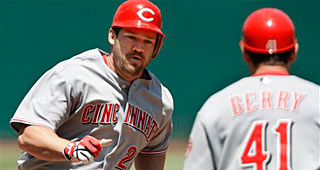 Scott Rolen has been elected to the Baseball Hall of Fame, preventing a shutout in the BBWAA balloting for the second time in three years.

None of the other 27 players listed on the 2023 Hall ballot cleared the 75% threshold for election, though there were a couple of near-misses. The results of the balloting were revealed Tuesday during a broadcast on MLB.com.

Rolen, a longtime third baseman, was named on 76.3% of ballots cast in his sixth year of eligibility to earn enshrinement.