DJ LeMahieu Dealing With Toe Issue, To Have MRI 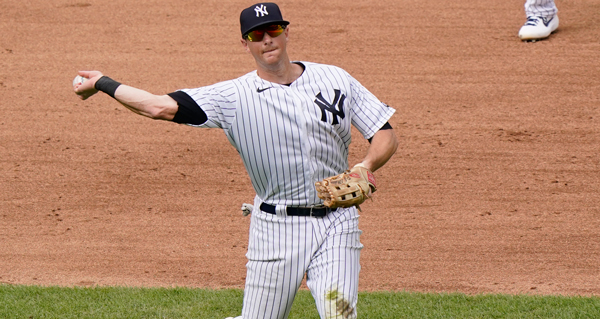 Yankees second baseman DJ LeMahieu has been dealing with a right big toe issue over the last few days and will get an MRI in New York on Monday.

LeMahieu was a late scratch from the lineup on Sunday ahead of their 3-0 loss to the Red Sox. After the game, LeMahieu said he had a cortisone shot over the All-Star break to help alleviate the issue but that it's been "kind of creeping up a little bit" again.

"I'm not concerned," LeMahieu said, noting that he expects to be in the lineup against the Rays on Monday. "It's just one of those things that pops up throughout the year for probably everybody."