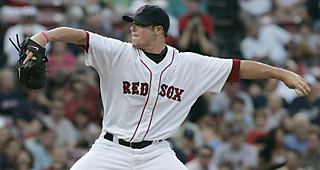 Jon Lester recorded the 200th win of his Major League career on Monday night as he helped the St. Louis Cardinals top the Milwaukee Brewers.

The Cardinals have won nine straight for the first time since 2004 to solidify their grip on the second National League Wild Card.

"It's a nice round number and it looks better than 199," Lester said. "It's obviously awesome, but I'm kind of lacking words."