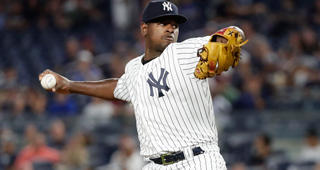 Luis Severino says that he is progressing well in his rehabilitation following Tommy John surgery performed in February.

"Of course it's frustrating, but this year has been a frustrating year for everybody. So right now, I'm just focused on trying to be healthy for next year," Severino said. "With everything that's been going on, there hasn't been any baseball. But right now, there are more things to worry about than playing baseball, you know, like the health of everyone and staying safe. I'm just focused on the day to day."

Severino opted for the procedure in late February after he was diagnosed with a partially torn ulnar collateral ligament, which the New York Yankees believe dates back to Game 3 of the American League Championship Series against the Astros last season.