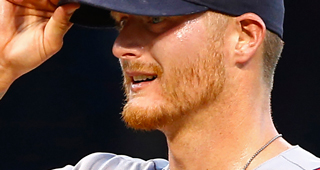 Shelby Miller played left field for the Arizona Diamondbacks late as they battled the Pittsburgh Pirates in a 13-inning game on Sunday.

The Diamondbacks used Zack Greinke as a pinch hitter in the 12th inning and he lined a single during the club's rally. He was replaced by Miller, who scored a run as a pinch runner. Miller had to stay in the game after Nick Ahmed was ejected for arguing a called third strike.

Miller became the first Diamondbacks pitcher to play a position and the first Major Leaguer to do so since Jason Gurka played right field for the Colorado Rockies on Sept. 15.