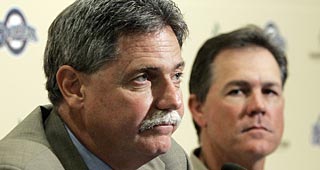 Nine of the Top 100 prospects in Major League Baseball were traded before the deadline.

A 10th player, Keury Mella, was the San Francisco Giants' top prospect and just outside the Top 100.