Umpire Won't Be Punished For Making Contact With Hunter 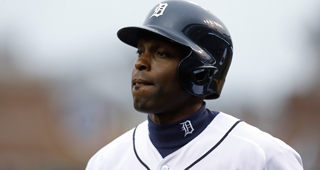 Paul Nauert will not be disciplined for briefly putting his hand on Torii Hunter's face during a benches-clearing altercation in Monday's game between the Detroit Tigers and Baltimore Orioles.

Joe Torre reviewed the incident Tuesday and talked with Nauert on Wednesday.

"Joe Torre had a good conversation with Paul today," an MLB spokesman told several media outlets. "We consider the matter closed. Paul will not be disciplined."

Players are subject to suspension if they touch an umpire. Hunter, however, came to Nauert's defense, saying he shouldn't be punished.

"It's nothing to really investigate," Hunter said Tuesday. "If MLB came to me [to ask about Nauert], I wouldn't even talk to them."