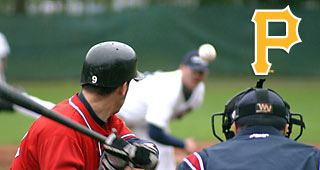 Gerrit Cole beat the Angels on Friday night, giving him three wins in his first three starts for the Pirates.

"That's like $400 million worth of pitching," Cole said. "We've just been scoring runs and giving me a chance."

Ben McDonald won in his first five starts in 1990, but Cole has moved into second place on the all-time No. 1 pick list. Stephen Strasburg won his first two starts in 2010.