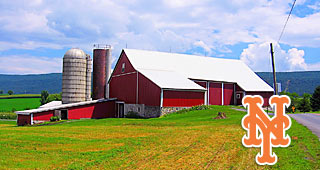 Zack Wheeler will make his Major League debut with the New York Mets on Tuesday against the Braves.

Wheeler follows Matt Harvey, who has pitched well for New York this season.

"He set the bar so high because he just took off once he came up here," Wheeler said of Harvey. "Some people expected it. Some people didn't. I'm just going to go out there and do the best that I can. People can take it how they want it. Hopefully I'll do well and just be up there with him."

"I don't think I'm the savior at all. We've got great arms here, and you've got great players," Wheeler said.