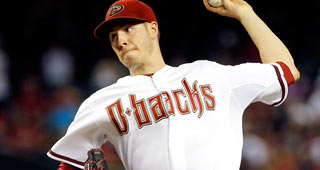 It wasn’t so long ago that we were talking about how the NL East was going to be the most interesting division in baseball in 2019. In fact, it was yesterday. But things just got even more interesting, as the Nationals have announced the first major free agent signing of the offseason, bringing Patrick Corbin to Washington on a six-year, $140 million deal.

But then, this was also the first year that Corbin has been a true ace. In the prior five seasons, he put up a 4.12 ERA/3.96 FIP that, while it would have gotten a contract of some sort, would not have made him the subject of a bidding war. The reason for Corbin’s improvement this season isn’t hard to pinpoint in the least. He added a curveball and relied more heavily on his unhittable slider, throwing offspeed stuff over 50% of the time. The fact that his newfound success is so easily explained certainly means that it’s not a stretch to imagine that he could have just as good a year as last year, or possibly even better, given the huge difference in his ERA and FIP.

On the other hand, while there’s every reason to believe that Corbin can make good on his insane contract year, there’s a ton of risk to consider on the Nats’ side, as well, and it’s not all related to the fact that he doesn’t have a sustained track record of success. He’s dealt with injuries in the past, including Tommy John surgery back in 2013, with 2018 being only the second time he’s made it to 200 IP. Six-year contracts to pitchers who are approaching 30 are going to end badly far, far more often than not.

But what’s the alternative if you’re looking to get yourself an ace? Dallas Keuchel seems to be the only option, but he’s six months older and hasn’t been better than a mid-rotation starter since he won the Cy Young award in 2015. You can sign Keuchel for a year or two less and hope that he returns to form, or you can pay for that extra year or two and hope that Corbin is able to continue being an ace for at least a couple of years.

At the end of the day, it’s almost certainly an overpay, but that’s how you land the best available pitcher in a market where the pickings are slim. It’s been reported that both the Phillies and Yankees, who were on the record as pursuing Corbin, refused to go to six years and that was how Washington landed him. The Nationals didn’t have the farm system to pull off a trade like the Yankees did when they got Paxton, so they’re stuck spending money. And while they certainly did that, they kept Corbin away from a division rival and gave themselves one of the best top-threes in the NL with Max Scherzer, Stephen Strasburg and Corbin.

Even assuming Washington doesn’t re-sign Bryce Harper (which seems all the more unlikely after this financial commitment), they were always going to field a competitive team. The combination of Anthony Rendon, Trea Turner, Juan Soto and Adam Eaton is a great place to start, and they’ve already addressed one of their biggest offensive holes from last offseason by adding Yan Gomes and Kurt Suzuki at catcher. Washington drastically underperformed last year, by 7 to 8 games depending on whether you go by Pythagorean or BaseRuns expected records, and they’re likely to be back in the thick of it next year, even if their division has gotten a whole lot tougher as of late.

An overpay it might be, and it might end horribly. Regardless, though, I’m still excited to see the Nationals pushing their chips in the pot to try and not only regain the division, but make it past the Division Series for the first time since the year I was born and the Nationals were the Expos. Corbin gives them as good a chance to do that as almost any investment they could have made this offseason, so I’m all in on the deal and I’m definitely all in on the NL East in 2019 (less the Marlins, obviously).