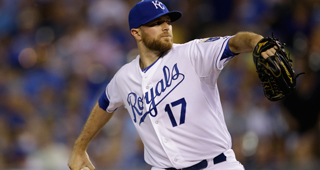 There’s nothing crazy going on here with the relief pitcher board. The tiers separate out those with the best stuff, together with the most job security in the case of the closers. Most of what you need to focus on in relation to closers is in the paragraph below.

As for the highlighted players above, let’s start with Steve Cishek. The analysis is simple – the Mariners should be involved in many close games, and Cishek has been a proven closer, excepting the wheels following off last year. Chalk it up to variance, with a pending rebound to come.

As for Bradley Boxberger, he’ll also see many save opportunities. While he walks more folks than one would like, Boxberger should provide a strong ROI based on where he’s being drafted in leagues. Last but not least, Dellin Betances is an absolute beast, and I would take him over a handful of closers who are on shaky ground. Prior to your draft, make sure to get the latest on the closing situations for the Colorado Rockies, Philadelphia Phillies, Milwaukee Brewers and Toronto Blue Jays, as the closer battles are ongoing.

It bears repeating every season, but closers are the most overdrafted position in fantasy baseball. So what causes this sensation? Well, there’s only 30 closers at one time, and closer ‘runs’ in the draft cause managers to panic.

Any time you’re in the midst of a closer run, note as follows:

1) at least one-third of the pitchers who start in the closer position for a team do not end in the role (due to injury, ineffectiveness, trades, etc.)

2) because of this, you’ll have the opportunity to pick up several closers throughout the season off the wire IF you pay attention

3) it’s nearly impossible to predict which closers get injured or become ineffective in any given year, so even the high end closers present significant risk.

So to be stated with emphasis, DON’T overdraft closers. The recommended strategy is to grab one established closer at a fair draft slot (ideally someone from tiers 2 or 3 – let someone else overpay for the tier 1 guys), and then add 1 or 2 additional guys from the tier 4 group, while keeping a close eye on the waiver wire.