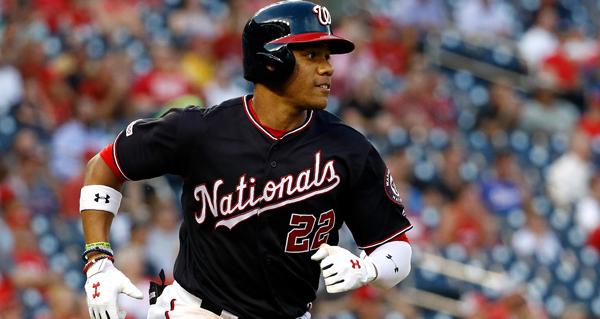 Talks between the Washington Nationals and Juan Soto about a potential 13-year, $425 million contract extension are "intensifying," according to a report.

Mike Rizzo said in March that the organization's "No. 1 priority," was to sign Soto to an extension.

Soto and agent Scott Boras rejected an offer of $350 million over the same length of time earlier in negotiations.

The deal would be the second-largest Major League contract ever, behind only Mike Trout's $426.5 million deal with the Los Angeles Angels.