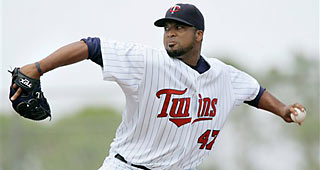 Francisco Liriano has decided to retire after 14 Major League seasons, mostly with the Minnesota Twins and Pittsburgh Pirates.

The retirement was first reported by Robert Murray of FanSided, who also shared a statement from the 38-year-old pitcher.

“I have spent some time recently reflecting on my career and thinking about my future,” Liriano told FanSided. “After many discussions with my family, friends, and others who care about me, I have decided to retire from professional baseball after a 20-year career."

Liriano was signed out of the Dominican Republic by the San Francisco Giants in 2000.