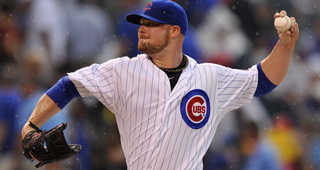 Lester, 38, said that his body just isn't up for the rigors of the the game anymore.

"It's kind of run its course," Lester said. "It's getting harder for me physically. The little things that come up throughout the year turned into bigger things that hinder your performance.

"I'd like to think I'm a halfway decent self-evaluator. I don't want someone else telling me I can't do this anymore. I want to be able to hand my jersey over and say, 'Thank you, it's been fun.' That's probably the biggest deciding factor."