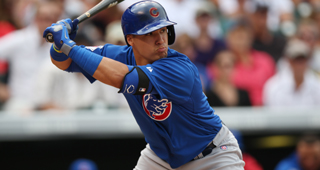 The Detroit Tigers have agreed to a six-year, $140 million contract with Javier Baez, according to a source.

The deal also includes an opt-out. It would be the second-largest deal in franchise history -- Prince Fielder signed a nine-year, $214 million deal with Detroit in January 2012.

Baez was a first-round pick in 2011. The shortstop had been close to signing a long-term extension with the Chicago Cubs before the 2020 season, but the pandemic put negotiations on hold.