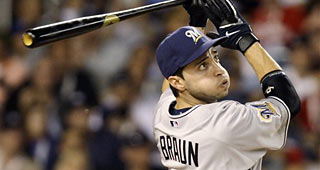 The six-time All-Star selection has not played this season after becoming a free agent when the Brewers declined to exercise a $15 million mutual option in his contract last October.