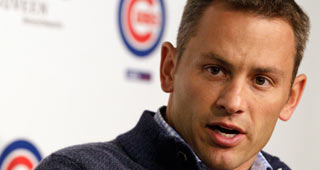 An 11-game losing streak sealed the Chicago Cubs' fate in the standings not only for 2021, but also for the future of the franchise well beyond this season.

In a span of 24 hours, president of baseball operations Jed Hoyer tore down the team he helped build -- one that won a World Series in 2016. First baseman Anthony Rizzo was traded to the New York Yankees, shortstop Javy Baez to the New York Mets and third baseman/outfielder Kris Bryant to the San Francisco Giants.

All three popular Cubs will be free agents after this season.