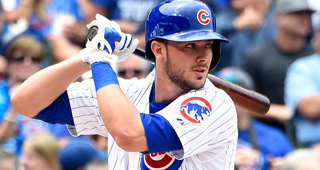 Jed Hoyer has shot down recent reports suggesting the Chicago Cubs could trade Kris Bryant to the New York Mets.

"That's what I'm saying (the reports are incorrect)," Hoyer said. "Yeah, I mean, I think I would say that ... We were involved in a lot of rumors this year that were, some were just completely inaccurate, and then I would say that some were just sort of exaggerated -- the seriousness of those discussions. Certainly, teams called us and we had discussions. But as far as like active discussions, right now things are quiet. And like I said, they have been for some time."

Bryant is entering his final season of club control and will earn $19.5 million in 2021.