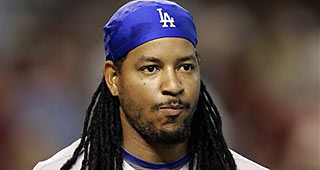 The Sydney Blue Sox of the Australian Baseball League have released Manny Ramirez because of uncertainty over the season during the COVID-19 pandemic and a medical issue that is preventing him from playing or training with the club.

Blue Sox chief executive Adam Dobb issued a statement announcing the decision, saying it was extremely disappointing to cut the 48-year-old, "but we owe it to our fans and the other teams to make a decision now.''

"The level of investment to get him here meant this was never a PR stunt,'' Cobb said. "It was never was our intention to have him NOT participate in the ABL this season.''

Ramirez did not make an appearance with the Blue Sox, who played just two games -- on Dec. 17 and 18 -- before a coronavirus outbreak in Sydney and subsequent border and travel restrictions prevented the club from competing.