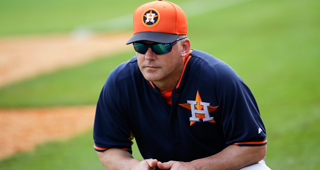 A.J. Hinch has admitted that the Houston Astros' 2017 World Series title may be tainted by the club's sign-stealing scandal.

"It's a fair question," Hinch told MLB Network. "And I think everyone's going to have to draw their own conclusion."

Hinch and general manager Jeff Luhnow were suspended for one season by commissioner Rob Manfred in the wake of the scandal. The Astros then fired Hinch and Luhnow.

It was found that the Astros illicitly used electronics to steal signs during its title run.