Tigers Turned Down Trades For Javier Baez, Alex Bregman In 2017 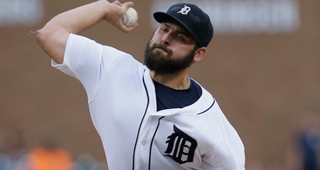 The Detroit Tigers turned down trades for future superstars back in 2017, according to a report.

The Tigers failed to capitalize on the height of Michael Fulmer's trade value two summers ago.

According to multiple sources, the Chicago Cubs offered Javier Baez as part of a three-player package for Fulmer. The Houston Astros also offered Alex Bregman for Fulmer and reliever Justin Wilson.