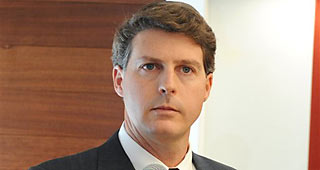 Hal Steinbrenner is fighting back against the notion that the New York Yankees have been cheap this offseason.

"I get hammered every year about something," the owner said. "If you don't win the World Series, that's perfectly justifiable."

The Yankees aren't currently expected to land either of this offseason's two big free agents -- Bryce Harper and Manny Machado.

"If there's a narrative that we're not spending money and being cheap, it's just false," Steinbrenner said. "I mean, we're well above $200 million [in payroll] -- we're at $220 [million] right now -- and we're well above where we were last year. We did everything we wanted to do to really improve, again, the pitching, because that's where I wanted improvement, because as far as I'm concerned pitching was a big problem in the division series, more so than anything else."