Cardinals Will Try To Extend Paul Goldschmidt During Season 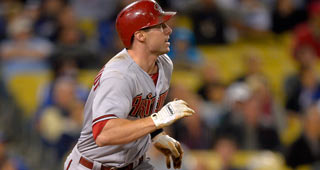 They want Goldschmidt to experience St. Louis and engage with the team before trying to sign him long-term, according to a report. They'll talk during the season.

The Cardinals have a history of success in extending players after acquiring them via trade. They were successful with Mark McGwire, Scott Rolen, Jim Edmonds and Matt Holliday.