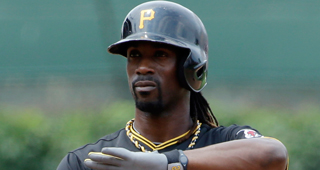 The Philadelphia Phillies have agreed to sign Andrew McCutchen to a three-year, $45 million deal.

McCutchen batted .255 with 20 homers and 65 RBIs in 155 games last season with the San Francisco Giants and New York Yankees. He hit .253 with five homers in 25 games for the Yankees after being acquired on Aug. 31.

The Phillies have also had interest in signing Bryce Harper this offseason.