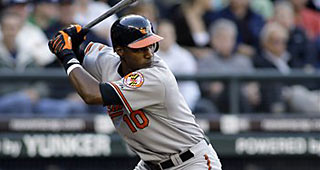 The team will travel for a tournament in Bristol, Connecticut as they attempt to advance to the Little League World Series.

"It's a blessing for the kids and the families," league president Keith Barnes said. "For them to experience this opportunity and for him to help us, it just means the world to these kids. It's a once-in-a-lifetime opportunity for them, so it's a great gesture. And we really appreciate it."

The Mamie Johnson Little League team is the first predominantly black team to advance to the Mid-Atlantic Regional. They had already received $15,000 in donations before Jones got involved.

"I want to see the next generation get an opportunity to succeed," said Jones. "Me being a black man trying to integrate more African-Americans into baseball, this was a no-brainer."