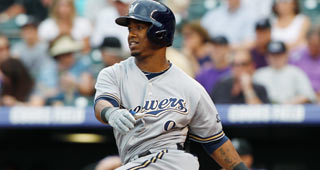 Jesus Aguilar and Jean Segura have been named to the All-Star Game via the Final Vote.

"It was unbelievable," Segura said. "I can't believe all those people around the world, the fans, the marketing, the organization, the people in Seattle, my teammates, even Felix [Hernandez] yesterday going around the city trying to get some votes for me. It just feels amazing. It feels special. You come from another country and you see how the people support you around the world, it makes it even more special."

The 89th All-Star Game will be held Tuesday at Nationals Park in Washington.