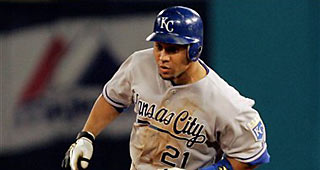 The Los Angeles Dodgers have released Miguel Olivo, two days after a dugout altercation in which he allegedly bit off part of Alex Guerrero's ear during a Triple-A game.

The Dodgers had suspended Olivo on Wednesday, pending the completion of a team investigation.