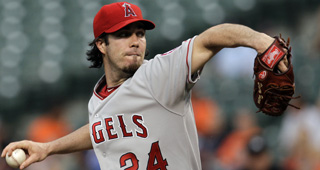 Dan Haren is now on the short list of Major League pitchers that has defeated all 30 teams.

Haren led the Washington Nationals to a win over the Philadelphia Phillies on Friday night, making him the 13th pitcher to accomplish the feat.

"Yeah, it's pretty cool," Haren said. "Last time I was facing the Phillies, I had seen it. I think it's something to be proud of. It kind of just shows longevity. I've played for just the right amount of time in both leagues, too. So that plays into it. I've been around for a while and they're the one team I could never beat, so I'm sure I'll face them here a couple more times this year and hopefully I can continue."

Barry Zito and A.J. Burnett are the only other active pitchers on the list.