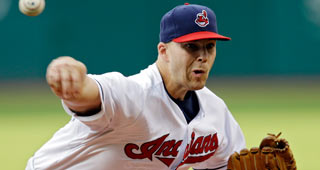 Justin Masterson threw a bullpen session on Saturday and convinced the Indians that he was recovered from a sore knee. He will rejoin the rotation Tuesday against the Dodgers.

"He's all set for Tuesday," manager Terry Francona said, according to the Cleveland Plain Dealer. 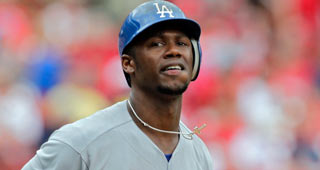 He was examined by Dodgers doctor Neal ElAttrache.

Ramirez has been bothered by an irritated A.C. joint for more than two weeks. On June 11, he received a cortisone injection in his shoulder and played less than 48 hours later, but the pain flared back up when he was hitting Monday night. 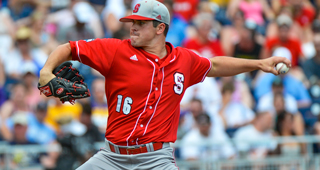 A little more than two weeks have gone by since the first round of the 2014 First-Year Player Draft was held on June 5 in New Jersey.

The deadline for draft picks to sign contracts is July 18, but a majority of the selections have either signed or already come to agreement on deals with their new clubs. Of the 34 players taken in the first round, 26 have either begun or will soon begin their professional baseball careers.

Brady Aiken, the first overall pick, agreed to terms with the Houston Astros on a contract leading up to the draft and arrived in Houston on Monday to make things official.

Carlos Rodon, who the Chicago White Sox took third overall, is the highest pick without a deal in place. 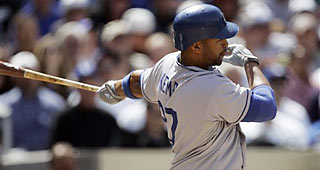 The Boston Red Sox have been linked to Matt Kemp in the past, but there is nothing currently going on between the Los Angeles Dodgers and Red Sox, according to a source.

Boston continues to consider options to improve their outfield situation.

Clayton Kershaw struck out 15 batters while throwing a no-hitter against the Colorado Rockies on Wednesday night, but it actually wasn't the first time he accomplished the feat.

The left-hander was a high school prospect back in 2006 when he went 13-0 with a 0.77 ERA and 139 strikeouts in 64 innings. His best effort that season was for Highland Park High School in a playoff game against Northwest High School.

Kershaw pitched a perfect game, striking out every batter he faced. The game ended after five innings following an invocation of the 10-run mercy rule, giving Kershaw a no-hitter with 15 strikeouts.

Clayton Kershaw pitched his first no-hitter Wednesday night, striking out a career-high 15 and allowing his only baserunner on a throwing error by shortstop Hanley Ramirez in the Dodgers' 8-0 victory over the Rockies, according to an ESPN.com report.

Hanley Ramirez left Tuesday night's game against the Colorado Rockies with a bruised right finger after taking a sharp grounder off his hand.

The Los Angeles Dodgers said X-rays were negative and that Ramirez's status was day to day.

Ramirez tore a tendon in the thumb of the same hand diving for a ball in the World Baseball Classic in 2013. 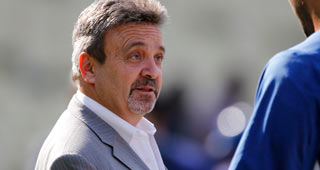 The Los Angeles Dodgers are on the verge of signing first-round pick Grant Holmes.

The pitcher toured Dodgers Stadium and met several players on Monday. Holmes said he has an agreement in place pending a physical. The slot value for the No. 22 pick is $1.98 million.

Holmes was South Carolina's Player of the Year last season after going 4-1 with a 0.35 ERA and 82 strikeouts in 40 innings at Conway High. 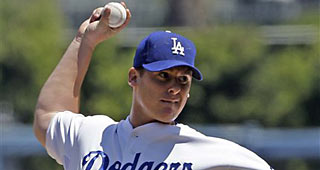 Chad Billingsley will have season-ending surgery next week to repair a partially torn flexor tendon in his right elbow.

Billingsley, who had been working his way back from Tommy John surgery on the same elbow, is hopeful he can pitch in 2015.

"I'll have spent two years of my life rehabbing, but I've got to do it," Billingsley said. "It's not as long as Tommy John rehab, they tell me, about six months, so that's good. This was my best chance to pitch next year." 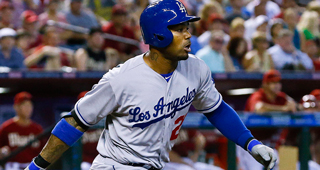 Carl Crawford says that competition in the outfield for the Los Angeles Dodgers has prompted him to seek out a Minor League rehabilitation stint as he recovers from a sprained left ankle.

"I'm in a situation where I can't afford to come back rusty," Crawford said. "I've got to make sure I'm on point. You never know, you could have a few bad games and we all know what's going to happen then. I don't know if I'm going to be playing again when I come back. I don't know what my situation's going to be. The rotation is basically putting us in a situation where we have to be on point when we get in the game."

The Dodgers have no plans to use Crawford in center field, meaning it now appears to be a two-man rotation of Kemp and Crawford in left when he returns.

"That's just the way it goes. They tell us one thing and then something else happens, so you can't just go by what's being said," Crawford said. "You have to just wait to see which guy is struggling and wait for our turn to play, you know?

"It's been frustrating for all of us, but we have to be men about the situation and accept what's going on and try to do what's best for the team and be ready when it's time. There's nothing we can do about it."

The 62nd overall pick will receive a $914,600 bonus, which is exactly in line with the slot value.

The Dodgers said that Yasiel Puig and Dee Gordon were both listed as day to day with injuries suffered on Saturday in Colorado.

There were 20 pitchers taken in the first round of the 2014 Major League Baseball First-Year Player Draft, including the first three picks: Brady Aiken, Tyler Kolak and Carlos Rodon.

The Dodgers have baseball's biggest payroll, but sit just above .500.

It was reported last month that talks are ongoing, but a significant gap remains between the two sides.

Puig Late For BP On Anniversary Of Debut

With the rest of his teammates in uniform and beginning to stretch for batting practice, Puig emerged from the clubhouse wearing a T-shirt, basketball shorts and shower shoes to conduct a TV interview