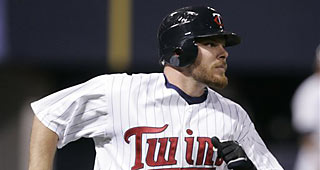 The Indians and D-Backs have agreed to a deal to send outfielder Jason Kubel to Cleveland in exchange for a Minor Leaguer and cash, a source said on Thursday night.

It is not known which Minor Leaguer is involved in the deal, which is expected to be announced Friday. 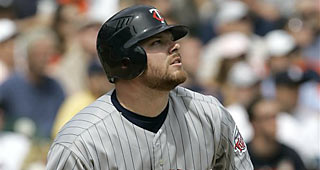 The Arizona Diamondbacks have designated Jason Kubel for assignment.

He is in the final year of a two-year, $16 million contract. 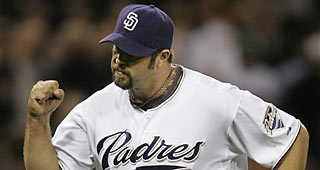 The Arizona Diamondbacks have placed Heath Bell on revocable waivers.

Kirk Gibson wants to have a private conversation with Ryan Braun.

Gibson believes "cheaters" like Braun rob other players of opportunities for moments such as his pinch-hit home run during the ninth inning of Game 1 of the 1988 World Series for the Los Angeles Dodgers.

"If I get a chance to see Braun, I've got a question for him right to his face, you know?" Gibson said. "Is he about rehearsed (enough) by now, you think? About ready to come out? He's probably practicing at the theater school somewhere. Just you look at how things like that can influence people's opportunities and an opportunity to do something like that."

Gibson wouldn't reveal his exact questions for Braun, but he implied it would concern the 2011 NL division series.

Braun hit .500 during a five-game victory by the Brewers over Gibson's Arizona Diamondbacks. 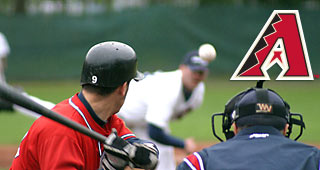 Davidson, considered a top prospect, was the 35th overall selection in 2009. 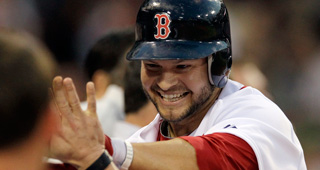 Cody Ross was carted off the field on Sunday afternoon with an injury to his right leg.

Ross stumbled as he approached first base on a groundout, then fell to the field and grabbed his right hamstring. 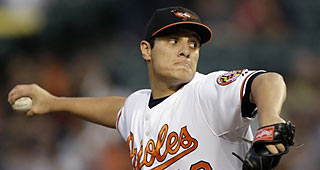 The Arizona Diamondbacks have demoted David Hernandez to Triple-A Reno.

Hernandez has struggled most of this season, entering Saturday's game with a 4-6 record and a 5.32 ERA.

Two reporters had to climb out through the top of a stuck elevator at Fenway Park on Saturday night after a game between the Arizona Diamondbacks and Boston Red Sox.

Steve Gilbert of MLB.com and Todd Walsh of Fox Sports Arizona were returning to the press box after Boston's win over Arizona. They boarded the elevator at the ground floor but got stuck before reaching the second.

After a ballpark worker couldn't get the car to move, they climbed through the top and out through the second floor. They were stuck for about 20 minutes and neither was injured.

Cody Ross returned to Fenway Park with the Arizona Diamondbacks on Friday night and recorded four hits against his former team, the Boston Red Sox.

"Obviously, I want to come in here and perform and play well. Anytime you play against one of your old teams, you want to do that," Ross said, "but I have no hard feelings toward anybody in this organization."

In his only season with the Red Sox, Ross hit .267 with 22 homers and 81 RBIs. Boston let him leave as a free agent and signed Shane Victorino to take his spot in right. 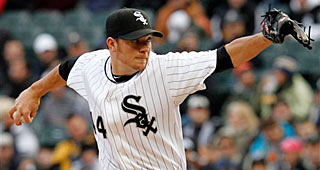 Peavy, who will wear No. 44, has been officially added to the Red Sox roster.

The right-hander will throw a side session Thursday in preparation for Saturday's start, according to an ESPN.com report.