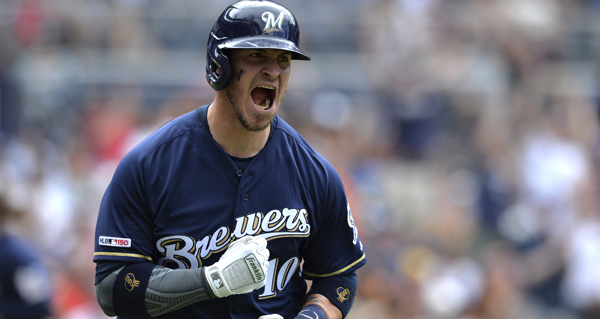 It’s been a pretty rough offseason so far, with so much of the baseball world focused on the sign-stealing scandal down in Houston. Whether you’re in the “take away their World Series win, ban all their players for life and burn Jeff Lunhow at the stake while his family is forced to watch with their eyes held open a la A Clockwork Orange” camp or the “every team steals signs and, yes, the Astros’ violations of rules and accepted norms seem particularly egregious and certainly merits punishment, but maybe we should investigate other teams, too” camp, having something else baseball-related to ruminate on would be a more than welcome development.

The White Sox went out and did us all a solid, then, signing catcher Yasmani Grandal to a four-year, $73 million deal. That would be the same Grandal who ranked 4th on my list of this offseason’s top ten free agents. Unless you’ve been living under a rock far away from the not-so-hot stove during our recent winters of discontent, or maybe you took a nap this morning and thought you’d pulled a Rip Van Winkle and slept until Spring Training, you’re probably shocked to hear that one of the best available players on the market inked a deal before Thanksgiving. I know I am.

Grandal is coming off yet another excellent season in 2019, his first and last season with the Brewers. As you might remember, in last year’s troubling offseason, Grandal refused to be bullied into taking a deal for less than he felt he was worth and signed a one-year, $18.5 million, prove-it deal in Milwaukee. And prove it, he did, hitting .246/.380/.468 and providing excellent defense behind the plate, to boot. His 5.2 fWAR made him the second most valuable catcher in baseball by that stat in 2019, behind only J.T. Realmuto.

That gives Grandal five-straight seasons where he topped 4.0 fWAR. In the worst of those seasons offensively, when he hit .247/.308/.459 in 2017, he still posted a 102 wRC+, meaning he was 2% better than a league-average hitter at any position. In three of those five seasons, he posted a wRC+ above 120, which is extremely impressive for a catcher. Given that he is also a plus-defensive catcher, it’s far from a surprise that Grandal has been the most valuable catcher in baseball going back to 2015 by fWAR (24.9).

The elephant in the room is that Grandal is a catcher, one who just turned 31. I’m not sure whether catcher-years are more like dog-years or cat-years, but we all know that all that squatting ain’t good for the body. There’s some positive takeaways on that front at least. Grandal (879 games) doesn’t have as much mileage on him as, say Buster Posey, who is the same age and has caught 1258 games. Regardless of that, when time comes for him, as it does for all backstops, Grandal is certainly in a position where he can decline some and still provide excess value there or elsewhere. He walks a ton, and hits for power. Basically, his bat plays well enough that you can move to him first or even DH him. The price is a completely sensible one for one of the best catchers in the game, even if he’s on the wrong end of the aging curve.

So, there’s not really much to nitpick about the deal on Chicago’s end. They’ve got bushels of young talent coming up and now they’ve got a proven, elite player to help out their young pitchers with some top-notch framing abilities. As a left-handed hitter who walks a lot, he also addresses a couple of their biggest needs on offense. 29-year old incumbent, free-agent-to-be catcher James McCann’s breakout 2019 (.273/.328/.460, 2.3 fWAR) was a pleasant surprise, but Grandal is a serious upgrade and now they can dangle McCann for some help elsewhere on the roster.

On another note, it’s the biggest contract ever handed out by the White Sox and, while that’s sort of damning with faint praise, it’s good to see them committing actual money to a player who will most certainly improve their team, with so many young players on the rise and a division that’s really up in the air. This signing alone isn’t going to propel them to the top of the division, that will depend on the development of said young players. But it’s certainly certainly a step in the right direction for a big market team who’s somewhat notorious for failing to bring in needed reinforcements when they’ve had players like Chris Sale, Adam Eaton and José Quintana under team control.

After the last couple of agonizing starts to the offseason, one of the top free agents received a deal that is perfectly reasonable before we're done with all of the leftover turkey. It feels like that hasn’t happened since before I was born. Whether or not this portends more mid-level teams taking advantage of the tight-pocketed teams at the top lowballing free agents into waiting until Spring Training or later to sign or being strong armed into taking a one-year deal remains to be seen, but this signing is per se a good thing. May all the top free agents find homes as easily as Grandal.

Grade for Grandal: A

Grade for the White Sox: A

Grade for Baseball in General: A