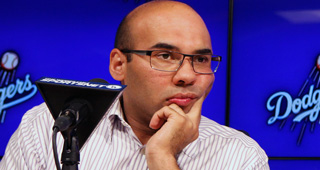 After a rumor-fueled offseason where the Dodgers were attempting to pry Brian Dozier away from the Twins, the Dodgers have decided that the asking cost was too much and settled for a trade with the Rays which brings them Logan Forsythe to take over duties at second base instead. He didn’t come cheap, though, as Los Angeles had to part ways with one of their top prospects, Jose De Leon, to get the deal done.

First off, the Dodgers had a definite need at second. While Chase Utley had a pretty solid season in 2016 for a 37-year old (2.0 bWAR/fWAR in 138 games), he’s off the books now and not exactly the kind of player that a team in seek of a championship rolls out everyday at second base. Howie Kendrick suffered from a pretty serious decline in 2016 (0.5 bWAR/ 0.9 fWAR) and was traded to the Phillies earlier this offseason. With no in-house options at the ready and the desert that is the second baseman free agent market right now, there was no option but for a trade.

While Forsythe has evolved over the last couple of years to a worthwhile contributor, Dozier has been one since his first full season. Since he was called up in 2012, Dozier has been worth 18.4 bWAR (vs. 10.0 for Forsythe over the same period) and 15.9 fWAR (vs. 7.4 for Forsythe). Without digging too far into the stats, Dozier has been a better player for longer and has the same amount of time left on his contract with a comparable financial commitment. Apparently, De Leon was not enough for Minnesota, though, and they wanted some more prospect capital.

De Leon was a concensus top prospect (Baseball America had him at No. 3 in the Dodgers system and the same ranking in the Pacific Coast League and MLB.com  had him No 2. for the Dodgers and at No. 33 overall). While De Leon’s stuff didn’t play well in his limited time in the majors last year for his first callup (6.35 ERA, 6.97 FIP, 2.65 HR/9), his minor league numbers certainly suggest that he has the ability to stick as a starter and has a high ceiling (perhaps that of a No. 2 starter). He misses tons of bats and has succeeded accordingly in the very hitter-friendly PCL.

That being said, he’s still a prospect who has yet to succeed at the major league level. He’s still working on perfecting a changeup to give himself a full repertoire of pitches to succeed in the MLB and he missed some time last year due to injuries. All of which is to say that there are still some questions (and TNSTAAPP).

Grade for Dodgers: B-

We may never know what the Dodgers were offering in addition to De Leon for Dozier or what the Twins were asking for. That being said, this was clearly a backup plan and the Dodgers paid a hefty price for a player without a lengthy track record of proven success. That also being said, the Dodgers were going to have to roll somebody out every day at second base and it would behoove them to have it be a player who is actually going to contribute.

Not to count chickens, since they still have to the toughest divisional competitor in all of MLB in the form of the Giants and all, but if they’re going to make it past the Cubs, they needed a second baseman and anywhere they can move the needle just a little bit is a plus for them. Whether moving the needle just a little bit more with Dozier would have been the difference, though, we will never know, and it might have been nice to see them do what it took to land Dozier, assuming the price wasn’t totally absurd.

Grade for Forsythe: A

It goes without saying that going from a fringe contender to definite contender is always a good thing for a player. That we’re even talking about playing the Cubs in the postseason in the prior paragraph makes this a win for Forsythe.

Grade for Rays: A-

Maybe De Leon doesn’t ever reach his ceiling, either because he can’t fully develop his arsenal and adjust to major league hitting or because of injury. That being said, this a a one-for-one trade that the GM of a small market team has to make every time. The ceiling is there for a reason and this is the kind of pitcher that you take a chance on, especially in light of the fact that the Rays have traded away starters Matt Moore and Drew Smyly. The Rays are always creeping in the fringes of the AL East precisely because they make moves like this, even if it doesn’t work out this time around.